Skateboarding has been around since the 1940s according to various sources but no one really knows who invented it first.

What we do know is that skateboarding has rapidly developed since then and has become one of the biggest extreme-sporting phenomena the world has ever seen thanks to its easy-to-learn, hard-to-master format.

Essentially, nearly anyone can start skateboarding from day one but to get good you really need to put the time into work on your craft so you can perform a variety of tricks, and so you can hang with the cool kids at the vert.

All you need is a decent skateboard to get started but we also recommend grabbing a helmet and some protective pads (contrary to what the cool kids might tell you) as this can spare you from severe injuries.

You can also practice street skateboarding but you may find some resistance from people who don’t take kindly to your noisy practice and they might end up calling the cops on you.

To avoid this situation, try searching Google for skateparks in your area as you’ll find they’re much better equipped and have a wide selection of obstacles for you to skate on. 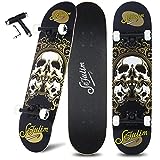 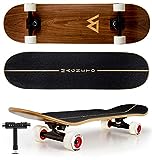 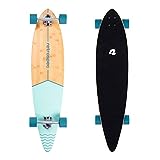 One of the common trends we find within extreme-sporting circles is that they are a tight-knit bunch of people who will stick up for each other no matter what.

If you ever end up getting into a fight or argument then you can be sure that your skater buds will be right behind you without any hesitation.

You’ll find loads of people to talk to and bond with over what tricks you can do or how you can get good at performing a certain move.

Even if you eventually move on from skateboarding, you’ll always be able to go back to those people who you hung out with during your time when you were hitting the streets or vert parks as you’ll have created an unbreakable bond.

2. Skateboarding can keep you fit

Skateboarding is one of those hobbies that you do for fun but can actually get you burning a metric ton of calories at the same time that keeps you lean and in great shape.

Primarily, skateboarding is a cardio-based exercise whilst also providing some benefits for your leg muscles, core, and overall sense of balance.

If you’re spending multiple hours skating through the day then you can easily burn thousands of calories without even realizing it.

3. Skateboarding gives you a sense of identity

Skateboarding is such a strong sub-culture that has many tropes and character-defining aspects that can help you really get to grips with your sense of identity and who you are as a person.

If you struggle to fit in then skateboarding is a great hobby as you’ll often wear specific types of clothes, listen to rock music, and meet up with other like-minded people who want to carve out their own path in the world.

In fact, we dare say that very few hobbies offer the same sense of comradery that skateboarding does and you definitely won’t feel like the odd one out once you get to grips with the style.

Poorer communities often struggle with poverty and violence which usually means kids running rampant on the streets or creating chaos in the neighborhood.

This is a multi-faceted problem but one of the issues is the lack of government funding going into those areas meaning they don’t have a lot of positive hobbies or activities they can get into.

This is where skateboarding can come in handy as it creates an outlet for kids, teens, and even young adults to occupy their day with something positive rather than something destructive.

Even if there’s not a dedicated skate area, it’s still far better to have a kid skating on the streets rather than getting into gang violence or taking drugs.

5. Skateboarding helps you measure success and gives you a sense of progression

As a hobby, skateboarding is probably one of the best if you want to get an understanding of how hard work can pay off or so you can visualize your progression.

Because it’s a physical hobby this means you’ll be able to see yourself losing weight, getting more active, and getting better at landing those tricks.

It requires tireless effort to get good at skateboarding which is a perfect practical example for many other aspects of life that reward you for consistency.

6. Skateboarding is a fun way to travel around your city or commute to work

One of the benefits of skateboards is that they are functional modes of transport as well as tools for you to perform sick tricks on.

This means if you want to get around your city or commute to work then you can have lots of fun at the same time whilst also allowing you to scout out possible skate spots.

Lastly, skateboards run on human power alone meaning you’re not pumping harmful chemicals into the environment for future generations to choke on.

7. Skateboarding can lead you to career success

So by now, we know skateboarding is an exciting and fun hobby that provides many benefits such as keeping you in shape or allowing you to meet friends, however, it also has the ability to transform your life or lead you to brighter career prospects in pro-skateboarding.

Pro skateboarders can make millions in sponsorship deals, contracts, and tournament prize money meaning if you really stick to this craft then you may one day rank up there with some of the greats like Tony Hawk or Nyjah Huston.

It’s arguably more competitive than it ever was but this means you have something even higher to shoot for meaning you should never reach a point where you feel bored or need to stop.

8. Skateboarding can help you reduce stress and frustration

If you’ve ever felt frustrated or stressed then you’ll probably also know the relief of going outside for a walk to let off steam.

Skateboarding and many other physical exercises are the same, however, skateboarding is also a fun way to spend your time meaning it can quickly reduce sources of stress from other situations in your life.

If you regularly feel stressed out then we highly recommend taking up skateboarding as a hobby as it’s very productive and can help you channel your energy in a positive way.

9. Skateboarding can help you learn the world around you

If you’re averse to external activities or going outside to meet people then skateboarding can be a vessel to help you get familiar with the world around you so that you can get more comfortable in it.

This is especially important when you’re a teenager or a young adult as you’ll be relatively inexperienced at this point in your life meaning you may not know what to look out for.

Sometimes the best way to learn is simply by going through something or experiencing the situation for yourself. By regularly getting on your skateboard and going out your door, you’ll be constantly taking in information and becoming wiser about the habits or lifestyles of other people.

Is skateboarding an expensive hobby?

Expensiveness is relative to your own personal situation, however, if we were to base it on averages then skateboarding is actually one of the cheapest hobbies you can do and often costs less than $150 to get started.

Another perk about skateboarding is that it has relatively few ongoing costs aside from repairs meaning you won’t have to worry whether you’ll have enough money each month to continue doing it.

There are some social stigmas around skateboarding being a hobby for teenagers or young adults, however, if you enjoy it then you should do it anyway as you only live one life that can only be satisfied when lived on your own terms.

How can I teach myself to skateboard?

First of all, you’ll need a skateboard (duh) and some protective gear such as a helmet or pads to keep you safe from falls.

We recommend starting on flat ground as it’ll prevent your board from moving when it doesn’t need to such as down a hill.

As a first step, simply standing on the board with both feet and trying to balance will help you get acquainted with the feeling but it’s also a great indicator of what stance you will prefer.

Once you’re confident with your stance and balance then you can start by planting one foot on the board and the other on the ground to push off from to generate momentum; once you have enough speed, you can return to standing on your board with both feet to coast along.

Here’s a video example in case you prefer visual learning:

In conclusion, skateboarding is a brilliant hobby that can help you carve your own path in the world and can help you create a strong self-identity to help you succeed in whatever you do.

It brings many practical benefits too such as increasing your fitness levels and allowing you to meet other skaters to make friends with.

As always, if you enjoyed the article then feel free to share it with friends on social media or imbed as a guide for others on your website.

Also if you’re still not convinced, then why not try out some hobbies similar to skateboarding?