Music production is a rewarding hobby and there are lots of reasons to get involved with it, however, you’ll need the right kit to do the job effectively.

With that in mind, for under $1000, a laptop is probably one of the most effective things you can buy and should be one of your first purchases if you’re considering making music or already do so.

And believe it or not, $1000 can still go a long way in terms of music production provided you know what to shoot for.

Thankfully, we’re here to help with that and we’ll point out the pros, cons, and potential caveats of each of these laptops to make sure you won’t be caught off guard.

In case you didn’t want to read the full breakdown of each laptop then here’s a quick snapshot of each laptop and what they’re good for in terms of music production. Click the links if you want to check the price.

Alternatively, check out our highlighted picks: 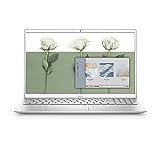 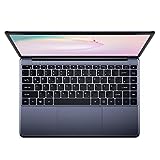 If you need an extremely cheap laptop with lots of value in the way of features then the HeroBook Pro+ from CHUWI is a good option.

For making music, all you really need is a decent processor for loading in music plugins and loading multiple tracks; this laptop comes with a decent quad-core processor (clocked at 2.3 GHz) meaning it should be able to handle most things you throw at it.

We also like the small form factor for portability especially if you’re studying or if you need flexibility in terms of where you’re able to work from.

It also comes with a high resolution (3200×1800) which for a 13.3″ screen seems rather high, however, it does mean you can see more on the screen which can be good for music programs with lots of things to observe.

The only downside is the eMMC type storage and that’s only because the read and write speeds aren’t as fast as a dedicated SSD or M.2 meaning it might take a little longer for your music tracks to load in.

In our opinion, this laptop will be perfect for anyone making less complex soundtracks such as dance beats or rap music as you won’t need to worry about loading tons of plugins or tracks into the mix.

If you need something that is big enough to be a permanent workstation but still retains slimline features then you’ll love the Acer Aspire 5.

It comes with SSD-type storage meaning you’ll get fast read and write speeds which is really good when it comes to loading in lots of plugins in your DAW or lots of instruments.

It also comes with a Ryzen processor which is clocked at 3.5 GHz which is extremely fast for a laptop meaning you should be able to render your tracks in very little time.

The only drawback is the rather small amount of RAM at 4GB, however, the processor and fast SSD should make up for this a bit.

Basically, just make sure you don’t have too many programs open at the same time and you shouldn’t have any issues.

Another great feature is the backlit keyboard that can improve visibility during the night meaning you can work whenever you need to without much trouble.

Lastly, we love the IPS display as they’re much brighter compared to their matte-design counterparts and look much bolder meaning it’s easier on the eye.

Overall, this is a solid all-rounder choice at an excellent price. 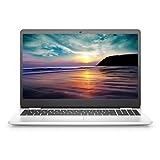 If you want a branded laptop that is powerful and gives you great features for the price then you’ll want to go for the Dell Inspiron 15 3000.

It has a powerful quad-core Ryzen processor clocked at 2.1 GHz, 8GB of RAM, and even features a super-fast 512GB M.2 SSD drive.

Because of this, you’ll have enough power to work on more complicated soundtracks with lots of instruments needing to be rendered and you’ll also have plenty of storage to save them to.

In fact, it makes use of an M.2 SSD drive which is much faster than a standard SSD or your bog-standard HDD meaning it will open tracks just as fast as it can save them.

It also has plenty of interface options and also has an expandable storage slot for if you need extra memory to save things.

Overall, for the price, you’re getting a great bargain and this fits solidly in the high-end mid-range category for music production laptops.

If you need a laptop that can replace even the best music-making desktop workstations (for under $1000) then there’s no better option than the Acer Aspire 5 17.3″ model.

It’s absolutely packed with great features and has powerful specs to suit all your music-making needs.

Most notably it features a quad-core i7 processor clocked in at an eye-watering 4.7 GHz meaning it will absolutely shred anything you throw at it.

Depending on your needs, you’ll also be happy to know that it has lots of interfacing options to connect you to additional screens and also features modern advancements like USB 3.0 and WiFi 6 for even more efficiency.

It’s hard to critique this laptop as it has everything you could pretty much need for a music-making workstation — it even has a huge 17.3″ full HD IPS display meaning it’s really bright regardless of how much light is shining on it.

With that said, it’s the most expensive laptop on this list, however, it’s still under $1000 and has all the specs to back that price up. 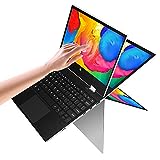 If you need something extremely portable, lightweight, and powerful enough specs to let you make music then the Jumper Touchscreen Laptop is for you.

Not only does it bring you touchscreen capability but you can also turn it into a fully functional tablet as the screen can flip backward 360 degrees which can be good for viewing and manipulating things on screen with your hands.

In terms of specs, you’re getting a decent amount of RAM (6GB) and they’ve even managed to fit a quad-core processor inside this tiny chassis too.

The only drawback is that because it’s smaller than some of the other laptops on this list, it won’t last as long off charge because of the smaller battery.

With that said, it will still run for 6 hours off-charge which is still long enough to do some productivity and to make some music.

You’ll also be happy to know that there’s an option to chuck in an M.2 drive on the underside of the laptop if you decide you need more storage, or possibly a faster solution than just the eMMC itself.

We also noted the limited interface option and it doesn’t have a standard USB port (only micro USB, type-c, and micro HD) which could be an annoyance to some folk.

Overall, we can see this being good for casual music producers or for people who are on the go a lot who need that extra small form factor for portability.

If you really need to see more on your screen then you’ll need a higher resolution.

This is where the HP Spectre comes in with its 4K UHD display meaning you’ll be able to have potentially multiple programs open without them looking too dodgy or squished.

It also means your music DAW will appear larger and also means you can manipulate a longer timeline without having to scroll too much.

On charge, this will be fine, however, off charge, the 4K display will drain the battery life quite quickly so you’ll need to schedule yourself around it.

Other than that, you’ll find some decent specs inside the Spectre as it comes with 8GB of RAM and also features a dual-core Intel i5 which is fast enough for rendering tracks.

You also get a reasonably sized SSD (256GB) which should be good enough to store everything you need provided it’s managed well.

The only drawback is that it’s right on the cusp of your budget meaning it might be a little hard to justify.

If you need a music-making laptop that can also handle other tasks such as gaming or video rendering then look no further and get the Inspiron 15 5502.

Whilst it’s true that having all this kit will drain the battery quicker, Dell added their patented “ExpressCharge” technology to counter this problem meaning you can be close to full charge in just 30 minutes.

The mid-range size (15.6″) also means it’s large enough to have a good range of interface options meaning you can hook up your MIDI controllers or studio headphones without much trouble.

You’ll also be happy to know that they’ve included a rather large 512GB SSD so you’ll be able to save all your tracks and plugins without having to worry too much about running over.

Lastly, it has a fair amount of RAM (8GB) clocked at a relatively high speed (3200MHz) and also makes use of an 11th gen Intel quad-core i7 making it blindingly quick.

If you’re still not sure what to pick off this list then you’re probably better off going for this as it can simply handle anything you throw at it. 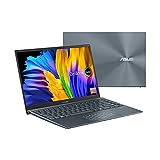 The Asus ZenBook 13 is another exceptional laptop that’s delivered at an even better price point.

For the specs and all the modern advancements you’re getting in this laptop it really is a bargain.

You’ll get one of the longest-lasting batteries on the market, fast charge capability, and it even has all the latest interface options such as thunderbolt 4 ports and USB 3.2.

It’s housed in one of the most beautiful chassis we’ve seen and also features a stunning OLED panel to deliver lifelike imagery too.

In terms of making music, you’ll be able to crush whatever you throw at it with a supercharged i7 quad-core processor (4.7GHz) and will be able to load your plugins and tracks in very little time with the NVMe M.2 SSD.

Essentially, the only drawback is that it doesn’t have a dedicated GPU like our previous option, the Dell Inspiron, however, that shouldn’t matter if you’re only focused on making music.

MacBooks are made with absolute precision, not only in terms of design but also in terms of the cutting-edge features they incorporate too.

In fact, Apple has over-delivered once again as they include their very own M1 8-core (yes, you heard us right) processor inside this slick machine which will gobble up anything you can throw at it.

For music makers, this means you’ve got reliability as well as power, and you’ll also be able to access all those Mac-specific software options such as Logic Pro.

You’ll also be happy to know that they’ve delivered one of the longest-lasting batteries available whilst also giving you a fast charging option meaning you should be able to keep going without being tethered to a power outlet so frequently.

Usually, we would grumble about the price when it comes to Apple products, however, it’s similarly matched in terms of specs to cost which means you truly are getting a bargain.

What specs are needed on my laptop to produce music?

Realistically, you would want a multi-core processor (dual-core or up) with at least 8GB RAM in most cases.

These specs would be suitable for most genres of music, however, these specs start to suffer if you’re making more complex soundtracks such as orchestral pieces or tracks with lots of instruments or plugin effects.

If you’re working on complex music pieces then we recommend at least 32GB of RAM and an eight-core processor for an efficient work process.

Ultimately, which laptop you go for will depend on your personal circumstances and what you’re doing, however, sometimes it’s worth spending a little extra to save you money in the long run.

Basically, the longer a laptop will be effective, the less you’ll spend over the years when you’re making music.

It also means if any other tasks are needed to be done then you won’t be caught off guard.

If you enjoyed our article or found it informational then make sure to save our homepage to your favorites for more hobby topics and product reviews.